Patrick Francis Silk and Delia Silk Cummings were children of John's brother Michael and Hanora Canny.  Patrick was born in 1873, in Skehannagh, Galway.  He and Delia came to San Francisco in the early 1890s, but dates are inconsistent.  At different times, Patrick was a teamster, a brewmaster, and a fireman.  He never married and died on June 1, 1921, at his sister's house.  He is buried in Holy Cross Cemetery, Colma.

Delia was born in in 1868 in Skehannagh, Galway.  She married a brewer named John Joseph Cummings at St. Paul's Church in Noe Valley on January 26, 1899.  Initially, they lived South of Market at 11th and Howard.  After John died in 1911, Delia moved to Glen Park.  They had three children together, Bernard Joseph, Ella, and Margaret.  Delia died on December 7, 1951. 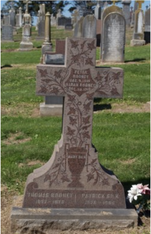 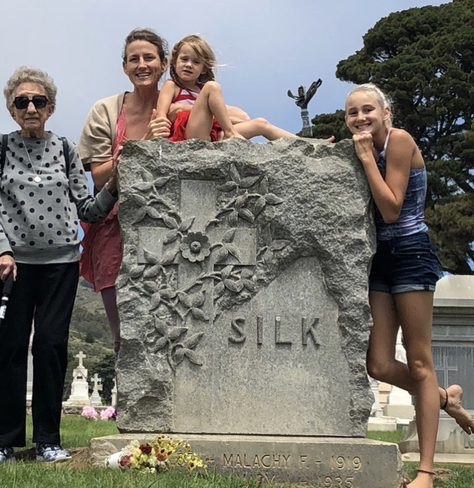