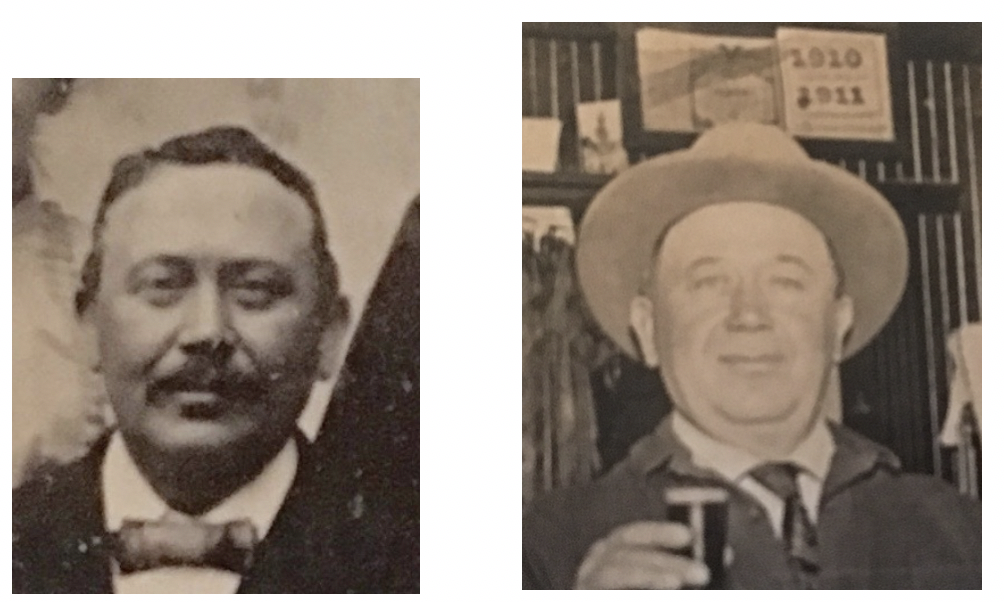 James Joseph Silk was born on May 19, 1864, in Beech Hill and was baptized at Bullaun Church on May 27, 1864.  His godparents were Thomas Ward and Margaret Connors.  Jim came to America at the age of 20 on the SS Austrian with his mother and siblings.  Like his siblings, he had no formal education but could read and write.  According to the ship’s manifest, Jim’s occupation in Ireland was “farmer.”  A herd could only employ one son as a herd and that would have been Patrick.   It is likely that Jim had farmed the land that his father held as a herd. 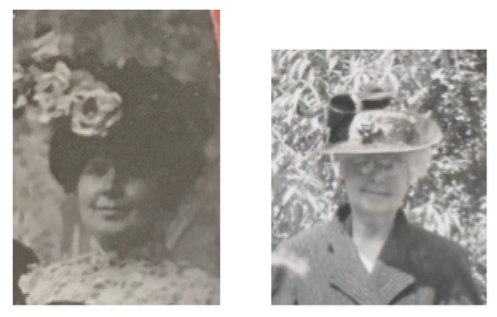 Mary Moran was born on November 1, 1864, in Lavallinree, Turlough, County Mayo, Ireland, to James Moran and Bridget Gibbons.  She was baptized on November 16, 1864, and her godparents were Pat and Honor Moran.  She came to San Francisco in the early 1880s and was joined by her five brothers over the next ten years.  For the first two years of their marriage, Jim and Mary lived at 27 Lafayette Street around the corner from the boarding house where her brothers lived.

Jim became a naturalized citizen on August 5, 1892, at the Superior Court in San Francisco.  According to the Great Register of California Voters, he was 5’9” with fair complexion, hazel eyes, and brown hair.  Dolores Quattrin vaguely remembered him (she was only four) later in life with grey hair and a round ruddy face.  When she saw C. Rodney Silk on television, she said that was exactly how she remembered Uncle Jim. 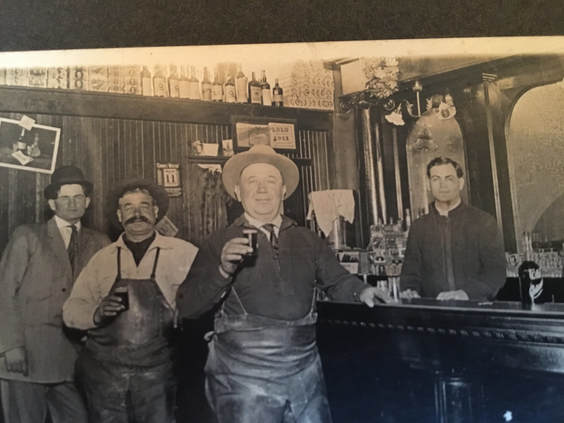 There are only a few mentions of Jim in the papers.  On November 23, 1892, Jim bought a lot on the corner of West Avenue and Mission.  In the summer of 1896, he hired contractors Westerlund and Sandeen and architects Mooser & Son to design and build a two-story set of flats there.  He does not seem to have ever lived there though, and it would have been destroyed in the 1906 Fire.  He was in the Chronicle a couple of times in 1897 as he participated in handball matches with his brothers and brothers-in-law.  In 1901, he published intention to build a three-flat on the corner of Howard and Thirteenth at a cost of $5000, but it is unknown whether he completed the building or not.

Jim did not seem to leave as big a footprint as big brother Patrick.  It is probably just as well, though, because there was another Silk Family in the City at the time.  Thomas Silk had come from Ireland from Galway about 1849, but it is not known how or if he was related to our family.   Thomas had children named James, Kate, and Michael, as well as Malachy, Martin, and Thomas Henry, a blacksmith.  James Winfield Silk who was in the paper all too often.  This other James was the superintendent of the Industrial School and was indicted in 1889 for “flagrant abuse of trust.”  According to The Chronicle, “they all agree that is official career is a shameful one.  All that Silk was there for was a fat salary and to live the life of a gentleman of leisure at the public expense.”   Apparently, he was only in the office one-third of the time and assigned his work to his assistants.  Not OUR James, thank goodness.

Jim and Mary moved to 1531 Mission for three years.  Jim opened a grocery at 12th and Howard in 1894, and they moved to a boarding house at 1526 Howard Street where they lived until 1902.  Jim continued as a driver for the Jackson Brewery the whole time.  Mary’s brother Dominick lived there with them part of the time.  The boarding house was run by a woman named Kate Moran.  She was the widow of a Patrick Moran and Mary’s brothers Thomas, James, and Dominick had lived there at various times over the year.  Kate and Patrick may have been their aunt and uncle and/or Mary’s godparents, but that has not been confirmed. From 1902 to 1906, they lived down the street at 1710 Howard Street, where his uncle William Molloy had previously lived.  William and his wife now lived next door at 1720 Howard.  Jim’s mother lived with them. 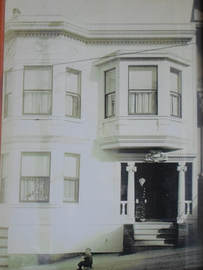 In February of 1906, Mary and Jim bought a lot on Clayton Street in St Agnes Parish from James and Ellen Mahon for $10.  His brother-in-law Dominic bought the lot next door.  The timing was a little off as their boarding house, grocery store, saloon, and whole neighborhood South of Market was destroyed two months later by the Earthquake and Fire.  Jim and Mary moved to 20 Elgin for the next year while the new house was built.  In 1908, Jim and Mary moved into the new two-flat at 720-722 Clayton Street.  The picture to the left is the house, c1914, with Mary standing in the entry and a young Jimmy Moran on the sidewalk.  Dominic and his family lived next door at 724-726 Clayton.  Years later, their house was raised to add a garage and basement.   Before the Haight Street Cable Railroad opened in 1883, the neighborhood had mostly been isolated farms and sand dunes.  The Car Line opened access from downtown out to Golden Gate Park and started the growth of the neighborhood as an upper-middle class residential district.   St. Agnes’ Parish was split off from Sacred Heart Parish in the Fillmore in 1893.

As one of the neighborhoods little affected by the 1906 Fire, it was an ideal place to raise families.  One of the few Earthquake stories passed down in the family is a Moran story.  Around 5:00 on April 18th, Domenick Moran was awakened by the crying of his infant son, Willie.  For some reason, he decided to get out of bed and pick Willie up, something he rarely did.  Like most men of the time, he usually would just nudge his wife and tell her the baby was crying.  A couple of minutes later, the Quake hit and a plaster part of the ceiling fell on the crib, crushing it.  If Domenick had not picked up his son, there would have been no Fr. Bill Moran, Army Chaplain in WWII, Brigadier General of the Chaplain Corps, and Bishop of the Archdiocese of the Military Services. 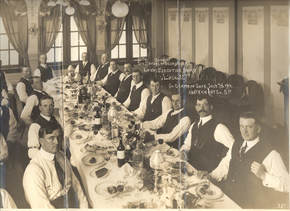 Jim was a proud member of the Beers Drivers and Stablemen of the International Union of the United Brewery Union, Local Union No. 227.  In 1904 (and again in 1909), he was elected to the examination committee.  This committee would decide on the advancement of an apprentice to journeyman level and admission to membership in the Local.  In 1914, he was a member of the Local Executive Board and was present at the 6th Annual Committee Dinner that was held the St. Germain Café.  His younger brother Michael was President at the time.

When his sister-in-law Ellen died in 1910, Jim invited his mother Bridget and niece Catherine to move in with them.  Jim and Mary had no children of their own and so they raised Catherine.  They made sure she got a good academic and religious education at St. Agnes School and even that she learned to play the piano.  In late 1921, Jim bought the two-bedroom house across the street at 717 Clayton, and he and Mary lived there for the rest of their lives.  Catherine lived with them until she married in 1928.  In 1930, the house was worth $7000.  In 2015, it was estimated to be worth $1.03 million. 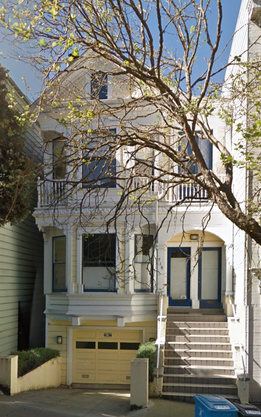 With the coming of Prohibition in 1919, the Jackson Brewery closed.  Jim switched his primary job to gardening.  In Langley-Crocker Directory, he was listed as a gardener for the City Parks.   He continued to drive on and off, sometimes working as a chauffer and his death certificate listed his occupation as a teamster for the Golden Gate Park services.

After Catherine married and moved out in 1928, Mary’s seven-year-old niece Winifred Moran moved in with them.  The Moran household across the street was crowded and Mary and Jim had space.  According to Winifred’s daughter Linda, her mother was a bit stubborn and refused to move any of her things over there.  She would get ready for bed, run over in the evening to sleep, and then, in the morning, run back home to get ready for school.  She loved “Auntie Silk,” but Winifred did not want to give up her claim to her own home!

In September 1933, Jim came under the care of Dr. Harold E. Frasca.  He was suffering from arteriosclerosis and hypertension.  He was admitted to St Francis Hospital where he passed away on March 21, 1934.  He was 68 years old.  The cause of death was listed as chronic nephritis.  The funeral was handled by Arthur J Sullivan Funeral Home, with a wake and rosary on Friday the 23rd and mass on Saturday March 24th at St. Agnes’ Church followed by internment with his mother at Holy Cross Cemetery. 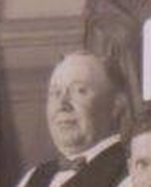 Mary lived another eight years and died on January 25, 1942, of arterio-sclerosis.  They are buried with Bridget in Holy Cross Cemetery.  Mary also buried two of her brothers, James and John Moran, in the plot.  After Mary’s death, the plot passed to the Morans.   Her niece Marie Farncroft and her husband were buried there in the 1990s.

Jim had a quietly successful life.  Though he had no children, he raised his niece as his own and saw her grow into a faith-filled woman with a child of her own.  He had a loving wife and the respect of a supportive community. Who could ask for more? 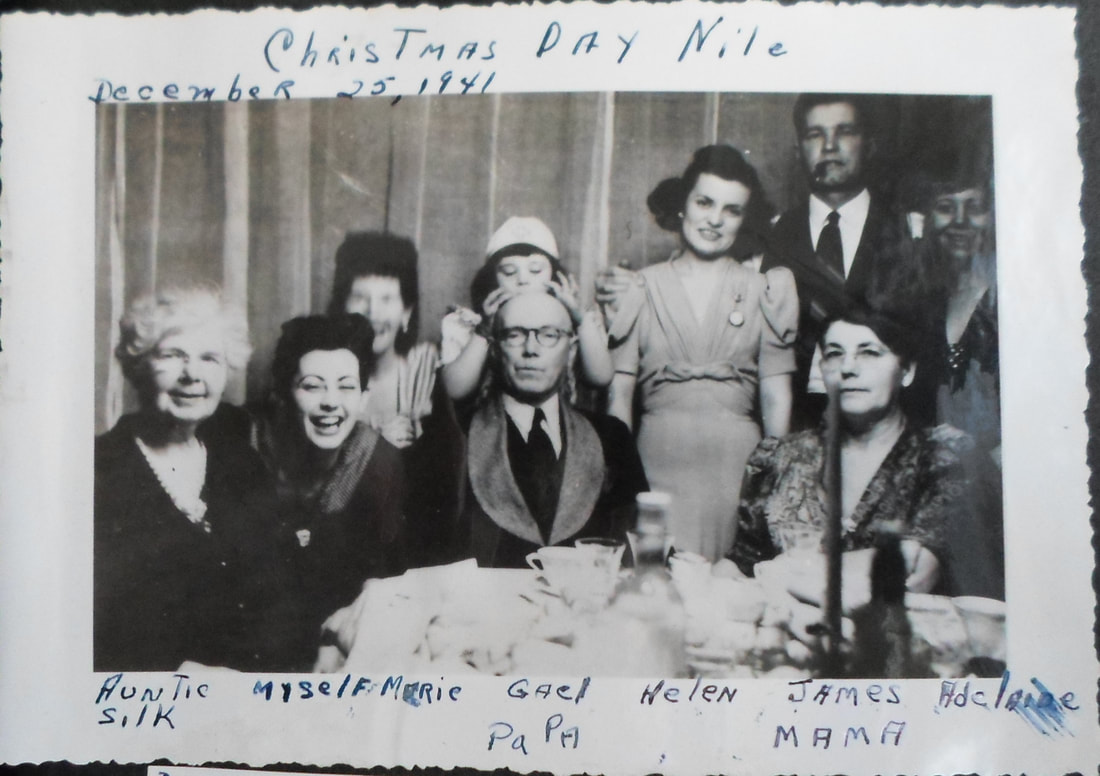