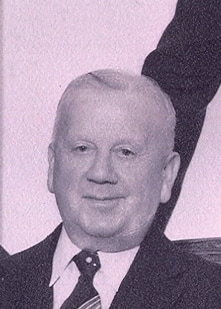 Michael William Silk was born on April 22, 1872, in Beech Hill and was baptized six days later on the 28th, at Bullaun Church.  His godparents were John Mannion and Bridget Flaherty.  Michael was 12 when he came to America on the SS Austrian with his mother and siblings.  Like them, he had no formal education but could read and write.

Mike lived at 6 Precita with Patrick and Ellen during the early 1890s.  In 1892, he became a clerk in Patrick’s grocery and liquor store, taking the place of their brother-in-law Martin O’Rourke, who had become a teamster.  He would clerk there for five years until, in 1897, the store became Silk Brothers.  During this time, he met Marie Forde. 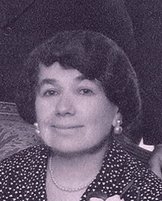 Marie Elizabeth Forde (whose name was pronounced like Mariah) had been born on June 29, 1875, in Galway.  According to her mortuary records, her parents were Martin Forde and Catherine Raftery, but no civil birth or baptismal records can be found to match them.  Her marriage license named her parents as James Forde and Julia Raftery and the Irish civil birth records confirm that.  Based on that, she was first cousin to Ellen Silk, her brother-in-law Patrick’s wife.  Julia Raftery was Ellen’s aunt.  No doubt, that is how she and Michael met.  Marie had immigrated to America in 1893 at the age of 18.  In 1894, she had been working as a domestic at 1606 Larkin Street.  She and Michael were married on November 10, 1895, at St. Paul’s Church.  Michael Norton and Theresa Govnian were the witnesses.

Mike became a naturalized citizen on July 25, 1896, at the San Francisco Superior Court.  The 1896 Great Register described Michael as 5’ 7.5”, with light complexion, blue eyes, and light hair.  The 1898 Great Register had him an inch short and with brown hair.  His profession is listed as grocer on both registers.  By 1918 when he filled out his World War I draft registration card, he was 5’ 8” with grey hair and was considered stout. 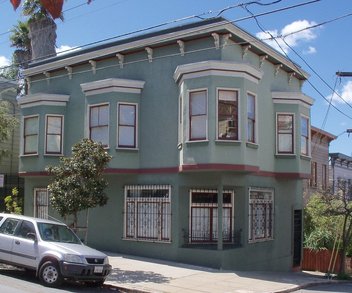 For the first three years of their marriage, Michael and Marie continued to live at 6 Precita Avenue.  Their first child, Charles, was born there in 1896.  Living with the family must have been difficult on Marie.  Her grandson’s wife said she was a very private person and that was why their branch did not maintain strong contact with the cousins.  In 1897, Mike went into partnership with Patrick and he moved to 3665 28th Street.    In 1898, the partnership ended and Mike’s family moved to the corner of California and Powell Avenues (later Coleridge and Powers) to take over the grocery store which Patrick had opened there in 1892.  In 1900, Mike brought in a partner named Henry Murray.  Henry’s brother Patrick Murray boarded with Mike’s family.  But a year later, Henry had the store alone and the family had moved back across Army Street into the Mission District.  He, Marie, and Charles lived at 2602 Mission Street on the corner of 22nd Street.  They would stay there for the next eight years and have two more children there—Vincent in 1902 and Muriel in 1905.  The 1906 Fire would stop just a few short blocks away.

Muriel remembered her mother Marie as being concerned with appearing young.  The children always called her Marie and not “mother” or “mom.”  While that had become somewhat commonplace by the late 20th century, it was unheard-of back then.  She apparently did not want to be seen as someone who could have children that old.  She dressed her daughters in children’s clothes even as they got older, but she was warm and caring with them individually.

Marie was also a good household manager and managed money well.  That was one key to the family success.  The children all went to Catholic schools, which most of their cousins could not afford, and the girls even got tap dance lessons.  They were all encouraged in the Arts, especially Vincent.

In 1901, Mike became a teamster and went to work for the Willows Brewery.  The Willows was at the corner of 19th and Mission Streets, just three blocks from his home.  It would be one of more than a dozen breweries destroyed by the Fire five years later.  It is unknown where he worked next, but he stayed in the brewing business.  In January of 1908, Mike was elected vice president of the Brewery Workers’ Union.  In January of 1910, he was elected treasurer.  On October 15, 1910, he was on the floor committee for the third anniversary ball for the Brewery Workers’ Hall Association.  According the Chronicle, the ball, which was held at the Brewery Workers’ Hall on Capp and 17th Streets, “entertained a large number of guests and achieved a decided success.  The Hall was tastily ornamented and filled with dancers until the late hours.”  On December 16, 1910, Mike was elected president of the Union.

Mike, like Jim, was not in the newspaper very often.   He only appeared four times:  twice for real estate transactions and twice because of a saloon he owned.  In March of 1899, there was a stabbing outside the saloon.  William Molloy had brought a customer of his named Martin Schroeder into Mike’s saloon after he closed his own saloon to go home for dinner.  After a bit, Mike refused to serve Schroeder because he was so drunk.  Schroeder left and was stabbed crossing the street.  The wound turned out to be minor.  He said he could not give a description of the assailant to the police as he was too drunk and it was too dark.  They were pretty sure he knew who the assailant was, but they could not prove it.

The second newspaper entry about the saloon came in 1912.  Mike had moved the business from Ninth and Howard to Beale and Market Streets and then sold the liquor license to Frank J Corr.  Corr wanted to open a new saloon on Fifth and Market, but the downtown committee of the Chamber of Commerce got involved when neighbors complained they did not want the establishment opened.  As a last resort, they claimed the new saloon was within 150 feet of a school (a small business college).  Corr showed he was beyond 150’ by measuring out his front door to the street, along the curb to the building on Eddy, up the elevator shaft and down the hallway to the door of the business school.  The Board of Police Commissioners agreed and granted the license.  It hit the front page of the Chronicle when Mayor “Sunny Jim” Rolph got involved and threatened to dismiss the police board commissioners.  No doubt, Michael was happy to be out of the business. 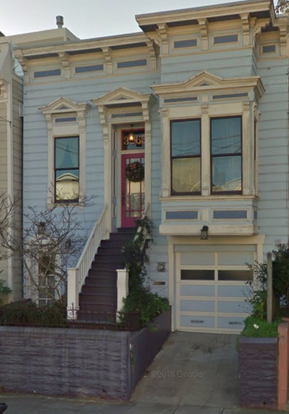 In October 1909, Mike and Marie bought the house at 3965 - 25th Street, near Sanchez, from Mr. and Mrs. August Westphal.  It was a Stick-style Victorian which had been built in 1884 by Frederick Kleebauer.  Michael and Marie would live there for the rest of their lives, and their final child, Maxine, would be born there.  In 1957, their daughter Muriel would return to live into the 1990s.  Though not all that far from where they were on Mission Street, it was a house instead of an apartment and was up the hill in a quieter, less traveled part of the Noe Valley neighborhood.   The 1930 Census stated that the house was worth $3500.  In 2015, it was estimated to be worth $1.8 million, though a great deal of work had been done to renovate it after Muriel moved out.  The house originally only had one toilet and it was on the back porch rather than in the house proper.  It made going to the bathroom in winter quite uncomfortable.

The 1910 Census shows a Thomas J. Silk living at the house with Michael’s family.  It lists him as Michael’s brother.  Mostly likely, the census taker got the last name wrong and this was actually Thomas Ford, Marie’s brother.  There is no other evidence of another Silk brother named Thomas. It says he was a 31-year-old laborer whose industry was in “public works.”

By 1918, Mike was driving for the John Weiland Brewery on Second Street.  The Weiland Brewery was one of the largest in the City.  It owned by San Francisco Breweries LTD—the same English syndicate that had owned Willows—and it was destroyed in the Earthquake and Fire as well.  The syndicate rebuilt the Weiland--but not the Willows--after 1906.  Both breweries closed with the advent of Prohibition in 1919.  Over the next five years, Michael’s occupation was listed as teamster or driver.  From 1925 to 1928, it was listed as salesman, then as chauffer until 1932.  Unfortunately, an employer was never listed.  With the end of Prohibition ahead, the Rainier Brewing Company reopened in San Francisco and Mike went to work for them as a salesman.  He stayed with Rainier until his retirement around 1950.  Given his extensive experience on both the sales and workman sides of the business, it is no surprised that he served as the President of the Brewers’ Guild.

San Francisco was a wide open city in the ‘20s and people were supposed to have fun.  Mike and Marie enjoyed each other’s company and, though both quiet, they did not just sit at home.  Mike belonged to a few different fraternal organizations, like the Hibernians and the Order of the World, and they went to dances, parties, etc.  Back then, one did not get a babysitter—one just bundled up the kids and brought them along.  Muriel remembered watching her parents dance.

Sometime before World War I, Mike bought property in Fetters Hot Springs, Sonoma, and built a summer cabin.  Fetters is an unincorporated community adjacent to Agua Caliente, where Mike’s sister Delia would buy a place.    The cabin was basic, with a screened in porch for sleeping and an outhouse down the hill.  They brought stones up from the creek to build a patio and barbeque.  There was no shower and probably no running water.  It was rustic, but Muriel loved it there.  She remembered that everyone knew everyone and would meet waiting in line to get into the local pool.  Great fun was had when Vince and his vaudeville friends would take the train up for a visit.  Years later in a letter to Mike’s daughter Maxine, Bill Moran, Auxiliary Bishop to the US Army under Cardinal Spellman, remembered the great times they had at the cabin.  They kept the cabin into the 1940s.

The children grew up and moved away, as children do.  Charles married in 1921 and Muriel married in 1931.  Vince was always on the road on the vaudeville circuit and Maxine became Sister of Charity in 1935, and the BVMs sent her to Chicago.  But they had each other’s company to enjoy, and there were two grandsons to help raise.  In 1923, Michael had became a grandfather for the first time with the birth of Charles’ son Charles Rodney.  In 1931, his daughter Muriel gave birth to Michael’s only other grandchild, Charles Bernard Calvert.

On October 1, 1949, Marie passed away.  She was suffering from encephalomalacia (brain softening) and generalized arteriosclerosis.  Brain softening is due to stroke or cerebral hemorrhage.  She was 74 years old.  Mike purchased a vault in the Holy Cross Mausoleum and she was entombed there after a requiem mass at St. Paul’s Church.

Mike retired to his home to live out his days.  After some heart problems in 1957, his daughter Muriel moved back into the family home to take care of him.  On August 16, 1960, Michael passed away from heart disease.  He was 88 years old.  After another mass at St. Paul’s, Michael was entombed in the white marble vault with Marie.

Mike had the successful life that his older brother Patrick had envisioned for himself, but which he (Patrick) did not live to achieve.  It was less public than Patrick’s vision, but that suited Mike and Marie’s personalities better.  Michael’s granddaughter-in-law, Joanne Calvert, remembered him as strong personality with definite opinions.  He was old-fashioned and no one smoked in front of him, though almost everyone smoked.  He called cigarettes “coffin nails” and everyone laugh about that—but not in front of him.  He was the pater familias and had the respect of all. 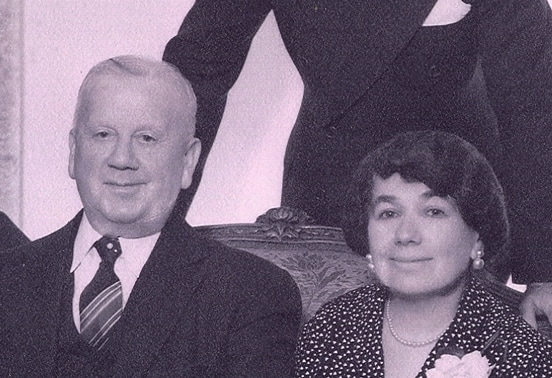