The Silk Family: From Beech Hill to San Francisco 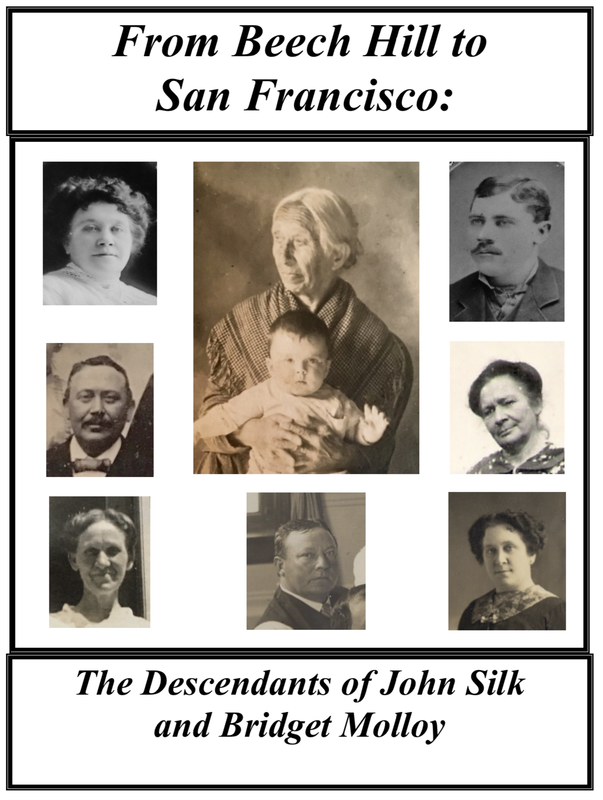 In July of 1884, the recent widow Bridget Silk boarded the SS Austrian with five of her children and headed for America.  The recent loss of her husband John prompted her to leave the rural life of Beech Hill, East Galway, behind and find a new life in San Francisco.  Two of her children had already immigrated there four years before, as had her brother William Molloy.   They were part of a new wave of immigration where more than twice as many people came to America in the 1880s as had in either of the previous two decades and triple the number as came in the 1960s.

San Francisco before the Earthquake was transforming into the Paris of the West.  The City saw the implementation of the cable cars, the building of Sutro Baths and Ferry Building, and the creation of Golden Gate Park as well as a new sewage system, several new schools, a hospital, and a public library.  It also saw union strife, political corruption, and a four-year bout of the bubonic plague.  The Silk family lived and grew through it all.  They would find successes and failures, love and marriages, births and deaths.   The seven children would produce 33 grandchildren, but sixteen of those grandchildren would either not live to adulthood or would not have any children of their own, and another ten would have only one child each.  The 26 great- grandchildren would produce over 60 great-great-grandchildren—that we know of.

The family’s lives were tied closely to the neighborhoods of the City.  Starting in St. Joseph’s Parish in the Mission, they moved to the north slopes of Nanny Goat Hill as it developed into Bernal Heights.  As the family expanded, four stayed near each other, more or less, in St. Phillip’s and St. Paul’s Parishes in Noe Valley and in Mission Dolores Parish in the Valencia Corridor, while others moved to St. Agnes’ in the Haight, to St. Patrick’s south of Market, and to St. Theresa’s on Potrero Hill.  The next generation would move to the Castro, Russian Hill, Mission Terrace, the Bay View, the Richmond, and the Excelsior.  Six generations saw massive changes in these neighborhoods of San Francisco.

It was a long way from the rural pastures and farmlands of East Galway to the urban expansiveness of San Francisco.  Along the way, the family split into seven branches and lost the cohesion that made them what they were.  That, though, is often part the American Story.

Some of this site is password protected.  Contact Kevin Quattrin for access.
Also, if you have suggested corrections or changes, or have photos or stories to share, do not hesitate to email me at kquattrin78@comcast.net.